On the Radio (Me) 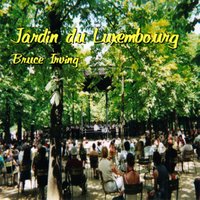 This blog is called "Music of the Spheres" and sometimes I actually talk about music. For example, now.

Some kind soul lent a copy of my CD Jardin du Luxembourg to Steve and Bobbie Sands, hosts of a weekly radio show on FM 95.9 (WATD, Marshfield, MA), and they listened to it. Tomorrow's Dreams features New England artists, and although in my case it might better be called "yesterday's dreams," they've decided to play at least one of my songs on their show this coming Sunday, September 24 (between 3 and 4 pm EST). If you aren't in the Boston area, you can listen to the show streaming over the web.

This will be my first radio airplay since 1973 in Pittsburgh, PA. At that time I was in college and had some crazy ideas about a music career (this was when yesterday's dreams were tomorrow's dreams). I had recorded a 45 (look it up) and my manager got it played on a couple of small Pittsburgh stations. I actually heard two of my songs on the radio a couple of times. I was thrilled, but I turned out not to be the next James Taylor after all, so I went back to school and became an optical engineer.

So there you have it - the latest news on my music career. If it were moving any slower, this would have to be a geology blog.

Update on 9/24: They decided to play a song NOT on the CD (I had sent them an additional CDR with some more recent recordings). They played "Gonna Start Winning," a country-rock tune planned for my next CD if I ever get around to that. It is available as a free MP3 download at Garageband.com.
Posted by FlyingSinger at 4:42 PM