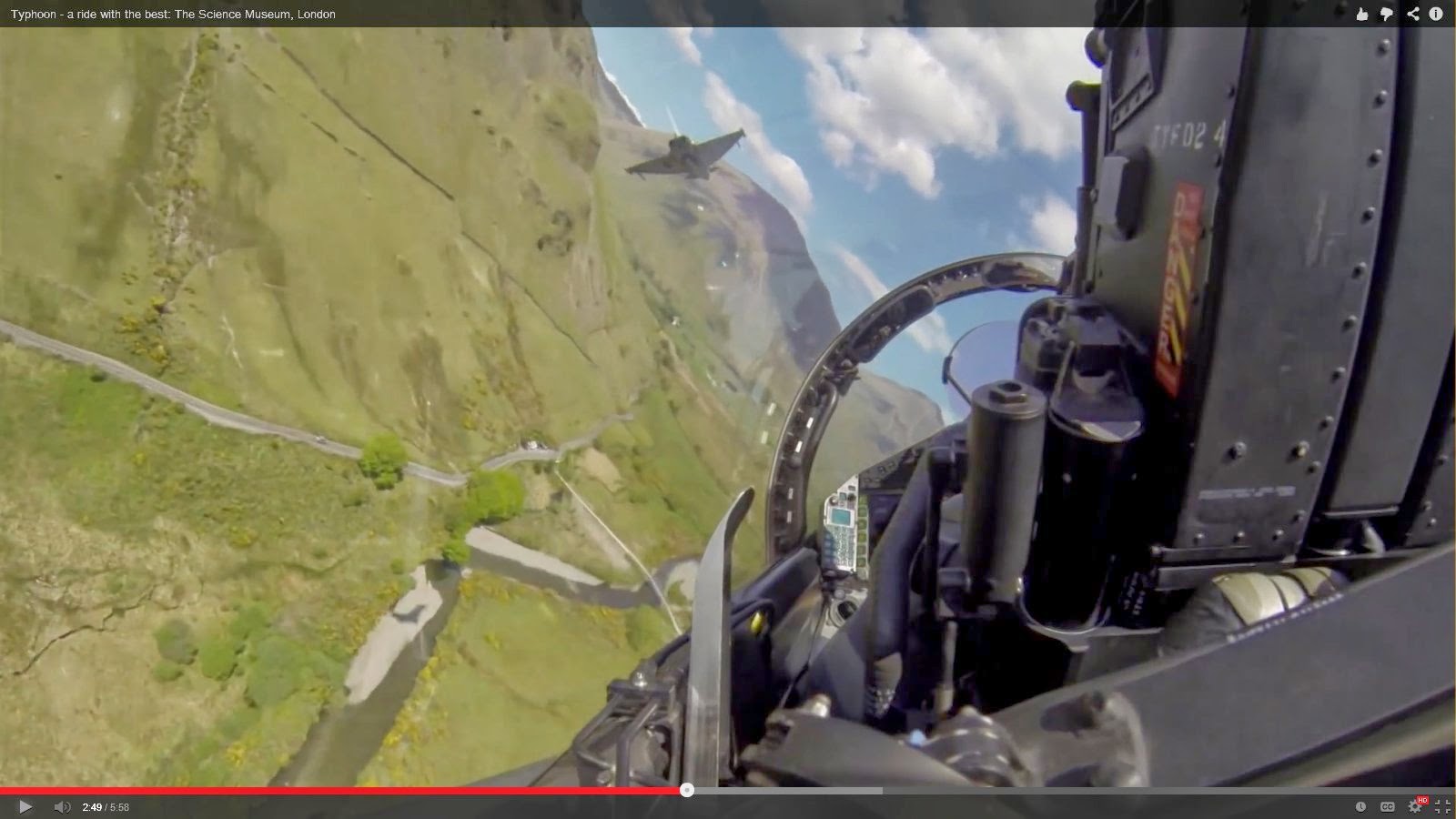 There are tons of first-person flight videos on-line. Another one I like is this one, taken from the back seat of a US Navy Blue Angels F/A-18 Hornet during an airshow performance. The videographer's excitement is frequently audible.
Posted by FlyingSinger at 4:33 PM No comments: 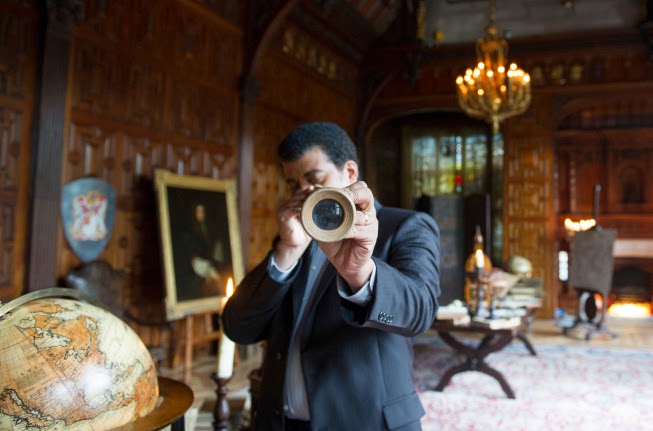 I've now watched the first three episodes of the new TV series Cosmos: A Spacetime Odyssey, and I have to say I'm really impressed. I'm a great fan of Carl Sagan and the original Cosmos series from 1980. Although I greatly admire Neil deGrasse Tyson, I was concerned that the commercial influence of Fox might result in something... let's say less than the original series. But apart from the commercials (which DVR and a few minutes of delay can handle nicely), I think the new show is just great all around.

Of course you would expect fantastic visuals in 2014, and the CGI effects are definitely first-rate. I also like the simple animation style used for historical segments. I think Tyson is actually a better host and narrator than Sagan - he comes across as confident and authoritative, yet approachable and down to earth, and he's clearly comfortable on camera. But what really impresses me is the writing, especially the way that it humanizes science and scientists. Scientists are not perfect people, and science is not just a bunch of complicated facts and figures. Scientists are human beings who have retained and cultivated the curiosity of children. Science is an often messy process that builds on its past successes but is not afraid to discard what was accepted in the past in favor of new ideas that better fit the facts. It is based on evidence.

In tonight's episode, I really liked the way they portrayed Newton as a flawed and even petty person who happened to be a genius - except when he wasn't, as in his lifelong pursuit of alchemy and Biblical numerology. We are indeed fortunate that Edmund Halley (no slouch in the brains and energy departments himself) was able to recognize Newton's genius, and to encourage and advocate for him (even to the point of publishing the first edition of Newton's groundbreaking Principia at his own expense). Halley's use of Newton's new mechanics to correctly predict the return of the comet that bears his name was a great ending, handled in a nicely emotional and dramatic way. I also liked Neil's comment, "if you're watching this in 2061, you'll certainly know that Mr. Halley's comet is back again." 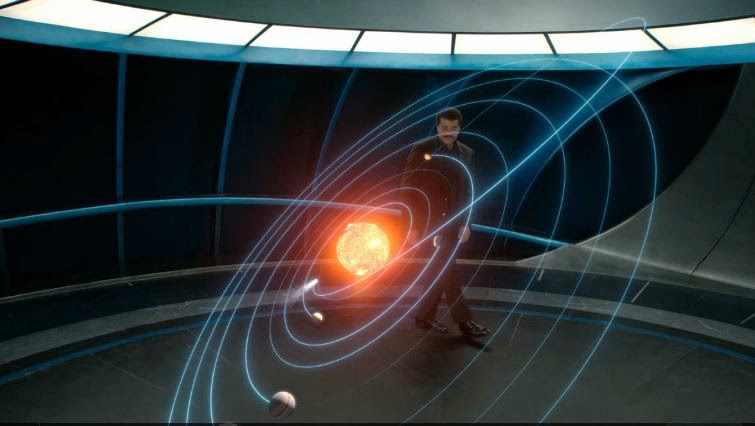 Along the way, Neil explained a bit about gravity, planetary motion, and comets, with some excellent visualizations. I think it's important that they get the science right, but that they also make it a great story with characters you can care about. They might not cover as many topics as some science fans might like, but I think they have a better chance of engaging younger viewers who might not care all that much about "science stuff" (yet!).

I'm really looking forward to the rest of the series, and to the release of a Blu-Ray edition with lots of cool extras before too long. I hope that young people do find it engaging, and that some of them will be inspired to study and pursue science, as many young scientists around today were inspired by Sagan's original Cosmos in 1980.

Posted by FlyingSinger at 11:32 PM No comments:

A Universe of Music

I continue to be obsessed with Spotify. I thought I was familiar with a lot of music, but Spotify shows me every day that I have barely scratched the surface of the world of music that I could really love. How did I miss The Jam? The Smiths? Paul Butterfield? Dozens of great albums by artists I do know? Oh well - nothing to be done about it but to explore and listen. 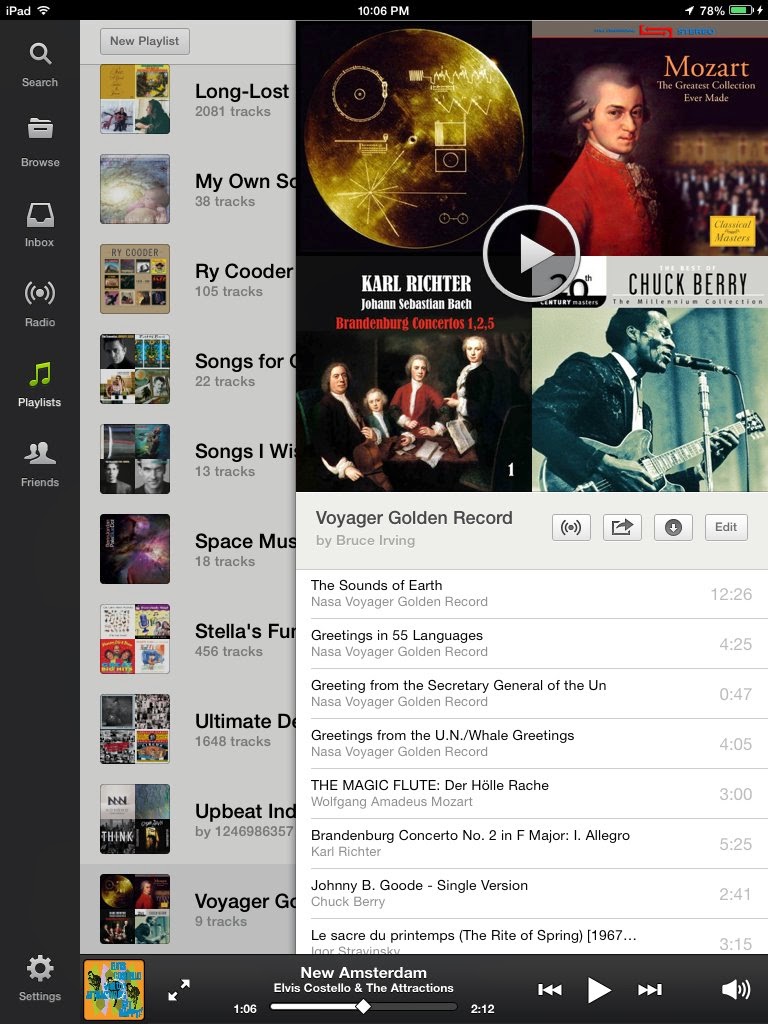 I've been using playlists to help expand my horizons - some of them found, most of them built myself (which is very easy to do). Some examples:

Posted by FlyingSinger at 10:31 PM No comments:

I could probably just "reblog" this post from Astropixie (thanks Amanda!), but I guess I'll write a few words myself...

Cosmic inflation! Physics was in the news recently when new measurements appeared to confirm theoretical predictions about some expected properties of the cosmic microwave background (CMB) and how this relates to events that took place not long after the Big Bang. It's complicated but this wonderful comic by Jon Kaufman, one of the Ph.D. students who worked on the project, explains it pretty well. If you read the footnote on the comic, you'll learn that one of Jon's tasks on the project was to hang out for months at the South Pole, recharging the liquid Helium in the telescope that was used for the measurements (sometimes the South Pole just isn't cold enough!).

So of course this result will need to be confirmed by additional independent measurements, but physicists and astronomers seem to be pretty psyched about it. They're even discussing it on Facebook. What a world! What a universe!
Posted by FlyingSinger at 9:29 PM No comments: 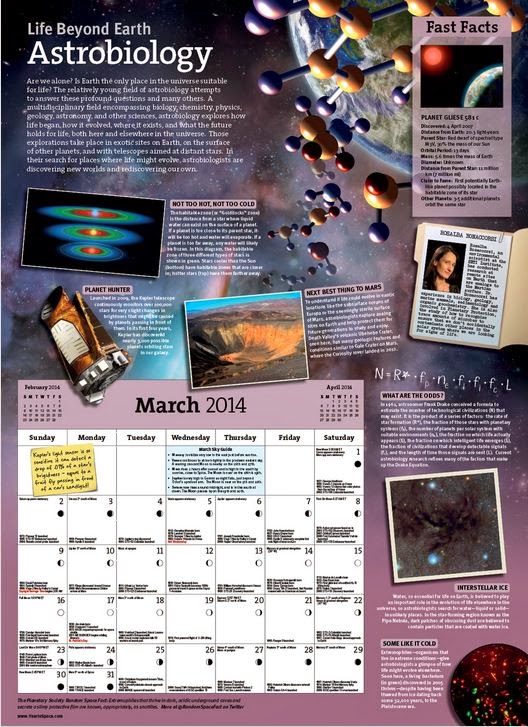 Speaking of amazing science stuff, I'm really psyched to watch the new TV series COSMOS: A Spacetime Odyssey, a 13-part series debuting on March 9 on FOX, National Geographic, and many TV networks around the world. It is hosted by Neil DeGrasse Tyson, who as I have occasionally mentioned, is one of my personal heroes for his work in science education. He's a worthy successor to another favorite scientist and author, the great Carl Sagan. Sagan's original COSMOS TV series and book are still great, but 1980 was a long time ago in terms of space exploration and astronomy, so I am really looking forward to this "major rewrite" of that show. Sagan's widow, Ann Druyan, herself a tireless promoter of science education, is one of the people behind the new series.
Posted by FlyingSinger at 9:42 PM No comments: