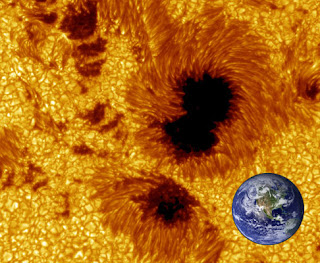 I love to write, though you might never guess this from my recent blog activity. While this is my first blog post of 2016, I used to blog a lot more -- some 1500 entries since I started this blog in 2005. Most of my writing these days is in a journal I keep on my iPhone and iPad using an app called Day One. I like keeping a journal, but recently I started to think about getting out of my comfort zone and doing something a little different with writing. Looking around, I found a wonderful organization called the Seven Bridges Writers' Collaborative in Lancaster, Massachusetts, just 20 minutes from me. There was an opening in one of their weekly creative writing groups, and I joined the spring session in late March. It's a small, informal group led by Winona Winkler Wendth, an experienced, insightful, and supportive writing teacher. I've enjoyed the writing exercises and the lively discussions each week with the group. And it has successfully gotten me out of my comfort zone, writing things I would never have thought to write, sometimes well, sometimes not so well.

Here is a new one that is very different for me. The prompt was simple -- write 300-500 words starting with "I counted. There were 27." It gave me some trouble for a day or so until I started thinking about the recent transit of Mercury, and about sunspots.

I counted. There were 27. Shining the sun on a paper plate with your telescope works great. I’ve never seen the sun like that. Is 27 a lot of sunspots?

Not really. Sometimes it can be over a hundred. It goes in cycles over something like eleven years. Twenty-seven is actually a pretty low number.

What do they mean?

What do you mean, what do they mean?

Sunspots. If you can’t see them without a special trick like this, why are they even there?

Well, they don’t mean anything. They’re just something that happens because of the way the sun works. Astronomers have figured out that sunspots are cooler areas on the sun, though they are still hotter than anything on Earth, and often they are as big as Earth. They only look small because the sun is so far away.

But how can they not mean anything? Isn’t there a reason for them?

There’s a difference between a reason and a meaning. Scientists can study the sun and figure out why events like sunspots and eclipses happen from information they can see and measure. In the past, people didn’t know as much about how the world works. They might see sunspots or eclipses as special signs, warnings about something bad. Some people still think this way, figuring that anything so strange and different from normal must mean something.

But isn’t that right? Grandma says everything happens for a reason.

Let’s think about what she means. Is she talking about science when she says that?

I don’t think so. She usually says it when someone gets sick or dies or something and people are sad.

Right. If everything were random and unpredictable, that could be pretty scary. But some things in the world happen pretty regularly, like day and night, right?

And other things are not quite so regular, but we know something about them. We have weather forecasts, and we expect it to rain sometimes, and we know most summer days will be warmer than most winter days. If it rains and your baseball game is canceled, you might not be happy, but you don’t think it rained because someone didn’t want you to play your game, do you?

Rain happens for reasons you can study and learn about. But those reasons don’t have anything to do with what people want. And the rain doesn’t mean anything by itself, though you can find meaning in it. To some people rain means joy because it helps their flowers grow. Some may write poems and songs about the meanings they find in the world. Other people may be scientists and find joy and meaning in understanding the reasons for rain or sunspots or brain cells. People are the most complicated part of this complicated universe. Everyone studies people, but psychologists, writers, and some others do it in special ways.

Can we get ice cream now, Dad?

Posted by FlyingSinger at 3:31 PM No comments: