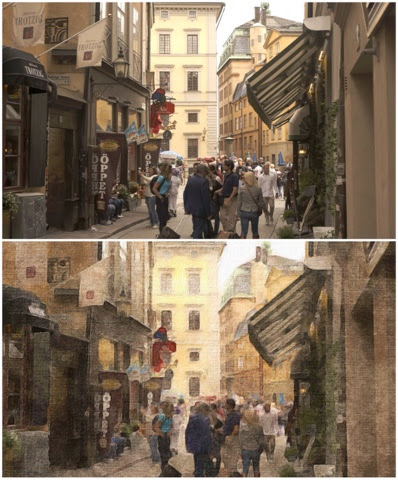 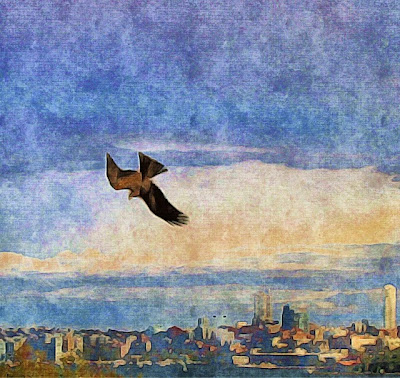 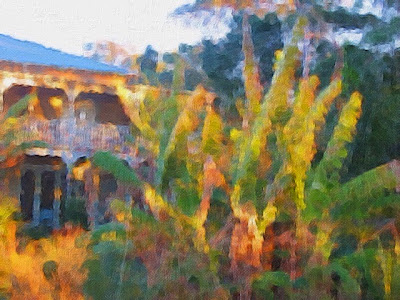 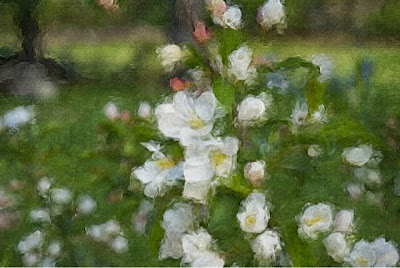 This is a video slide show of Brushstroke photos from our Australia vacation in 2006, with music:
Australia Memories 2006
Posted by FlyingSinger at 8:44 AM 2 comments: 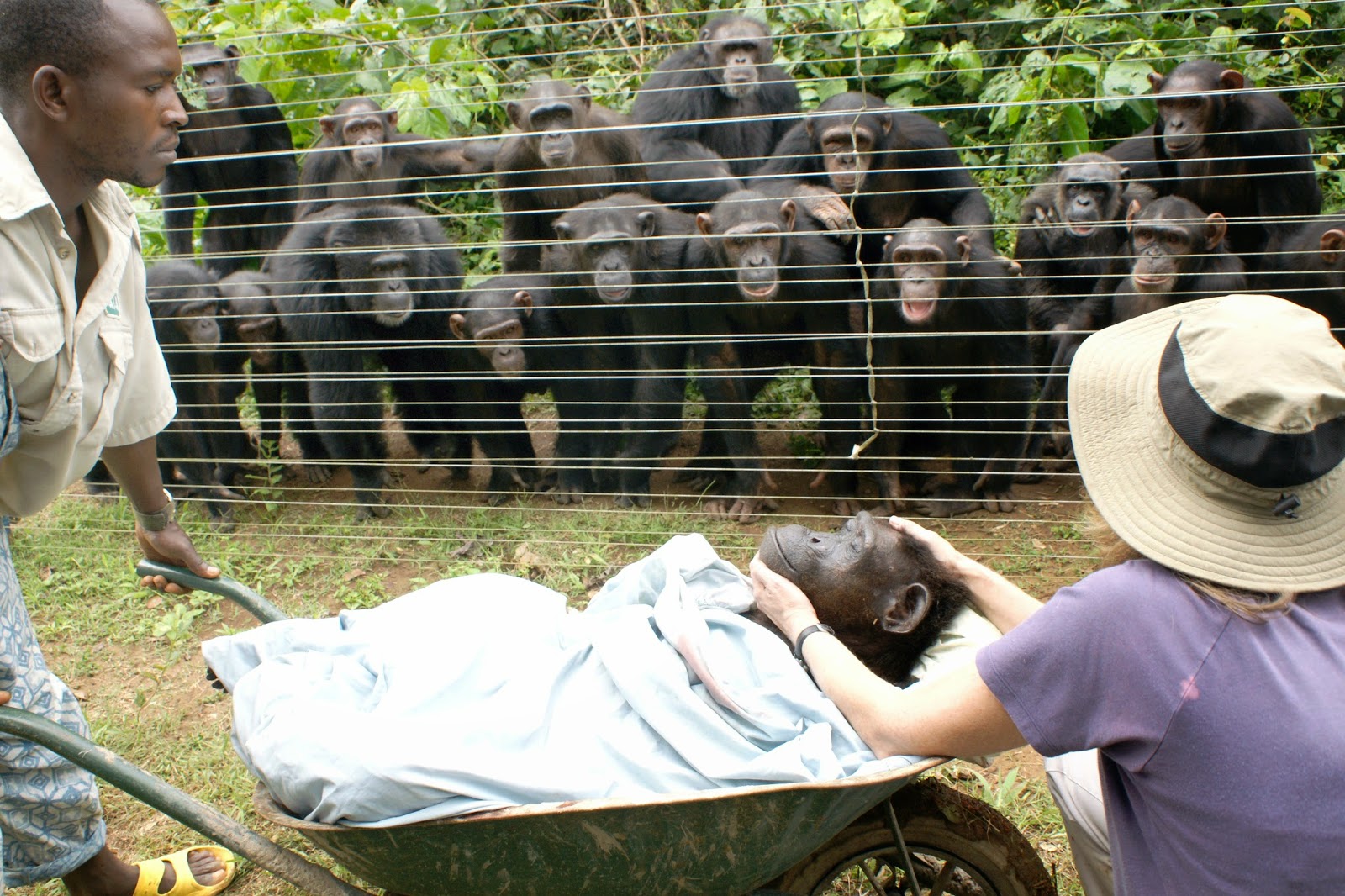 I recently read Dr. Sheri Speede's wonderful book Kindred Beings (subtitled "What Seventy-Three Chimpanzees Taught Me About Life, Love, and Connection"). What an amazing book! What an amazing woman! It is no exaggeration to say that this book clearly shows that chimpanzees are people too, just a different kind of people. They are close to humans in much more than DNA. The picture above shows a group of chimps grieving and paying their respects to their dead friend Dorothy at the Sanaga-Yong Chimpanzee Rescue Center, which Sheri Speede founded in Cameroon. While I understand that poor humans in Africa have difficult lives and that some may rely upon “bush meat” to have protein in their diets, it is horrible, bordering on genocide and cannibalism, that these chimp/people are losing even more of their home habitats, are often abused and hunted for food, and are being driven to extinction. There are an estimated 150,000 chimpanzees remaining in Africa. The population has declined by half since 1960.

Nature is not especially kind or fair. It is often quite cruel. To a good approximation, every species watches out only for itself, through the actions of individuals who struggle to eat, to reproduce, to survive. Millions of species have become extinct and more become extinct every year. This was happening long before humans became the dominant species on this planet, with the power to transform habitats en masse, but we have certainly accelerated the process in recent years. Many humans have an interest in life beyond the earth. Is there life elsewhere in the universe? Perhaps even intelligent life? These are great questions, and I am quite interested in this subject myself. But look -- there is highly intelligent life here, and not just we humans. We have especially close cousins in the chimpanzees and other social apes. I wish we could find a way to co-exist with them.

This is just such a moving book. Here is the next to last paragraph:


Chimpanzees engage life fully, in the moment. They wear their emotions for all to see, or hear. Even an adult chimpanzee might cry like a baby if he is being rejected, or throw loud and dramatic tantrums over a perceived injustice. A few minutes later, with the proper recognition or comfort, he can be the picture of contentment. The quality of their friendships and family relationships to a large extent determines the quality of their lives. Watching the social vignettes of chimpanzees through the years has taught me to recognize my own pretenses. We are such similar apes. But they bring a primal pureness and immediacy to their expressions of intimacy, which I have come to cherish in my friendships with them. From knowing chimpanzees I have learned to live more honestly and vulnerably.

For more information about efforts to save chimpanzees in Africa, read this great book, or check out the IDA Africa (In Defense of Animals) website.


I have recently started to keep a journal using an app called Day One that runs on the iPhone. I adapted the above post from an entry in that journal. While I know I have no obligation to write this blog with any particular frequency, I sometimes feel bad that I don't do so more often, especially now that my apparent need to write for myself is being met by journaling. I've been writing this blog since 2005, and I hope that some of what I have written is useful or interesting for others. There are a lot of words here! It is still interesting to me to look back at some of what I have written here, even if I don't write here as much these days. I will probably write more blog posts from time to time, but with no particular goal for frequency.  In a cliche that I'm not supposed to use: it is what it is.

Posted by FlyingSinger at 6:13 PM No comments: