The 305th edition of the Carnival of Space is on view this week at AARTScope Blog. A few members of the diverse space and astronomy blogging community share stories ranging from fast-moving galaxies, to new Mars maps, to a method of turning x-ray astronomy data into music (visualization becomes musicalization!).
Posted by FlyingSinger at 2:19 PM 2 comments:

Do I really need more classical music floating in my Amazon Cloud? Probably not, since I already have more music than I can listen to in my lifetime, but Amazon keeps throwing out these crazy deals. This week it's a new Big Box collection from the Bach Guild, and this time it's Schubert, one of my favorite composers, 130 works (or movements) for 99 cents. Some 13 hours of music. Some of these are pretty rare recordings including a version of Symphony No. 7 which Schubert completed in sketch form (but he did not complete the orchestration himself).

And under the classic VoxBox label, another huge collection, Bach Complete Organ Works, played by Walter Kraft, 284 works (or movements), again for 99 cents (14+ hours). These are generally older recordings, remastered, repackaged, and re-released, but they sound great to me. Clearly it's some sort of promotion, but even when these sets go up to $4 or $8 they are still a great value.
Posted by FlyingSinger at 11:03 PM 1 comment: 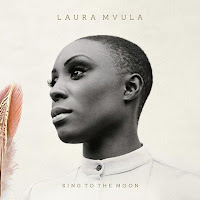 P.S. Check out her videos: Green Garden, That's Alright, and She. Wonderful.
Posted by FlyingSinger at 10:47 PM No comments:

I love my iPad Mini. It follows me everywhere and is the most wonderful little tool for reading books and magazines, creating music, studying Japanese, and exploring the Universe, to name only a few frequent uses I have for it. I have around 13 astronomy and space related apps on my iPad right now, including my favorite "game," F-Sim Space Shuttle (I probably have bought a dozen more astronomy/space apps not currently installed - 32 gigabytes is not as big as it sounds). Back in April, I wrote about one of my favorite apps, Exoplanet. Recently I've found a few other astronomy apps that are really awesome. Here's some info on two of them. 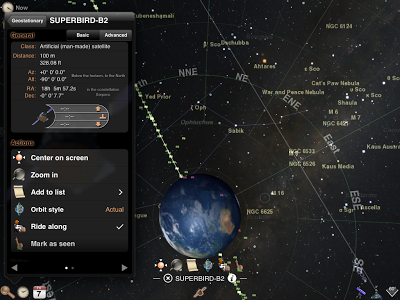 Luminos is currently my favorite general astronomy or "planetarium" app. It is beautiful and packed with features, more than I have really managed to learn so far, although I can't say the interface is poor - it's just that there's a lot of stuff to see and do. It is comparable to Stellarium, the (free) planetarium program I have used the most on Windows, but of course more portable and with a touch-based UI. I like that in addition to the usual planets, stars, and deep-space objects, it also includes small bodies (comets and asteroids) and satellites. Everything is easily configurable for how much information to collect, update, and display. 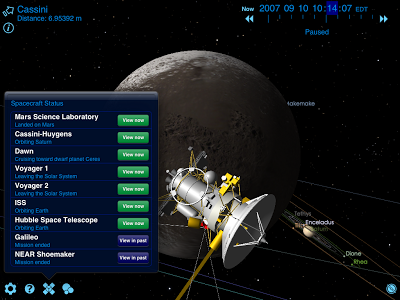 Cosmographia is one of two really beautiful astronomy apps from Fifth Star Labs LLC (the other one is Sky Guide, which is based on real astrophotography and has the interesting feature of assigning musical tones to different types of sky objects when you touch them). Cosmographia is focused on the solar system, and it reminds me in some ways of my favorite (free) space flight simulator for Windows, Orbiter, though it doesn't include the user-controlled space flight aspects of Orbiter. It is wonderful for tooling around the solar system, exploring the planets and their moons, as well as various minor objects and spacecraft including including Cassini (Saturn), ISS (Earth), Galileo (Jupiter), the two Voyagers (now leaving the solar system), and several others. Each of these typically includes one or more "highlights" which are scripts you can select to run a simulation of an event such as a close fly-by of Enceladus by Cassini (select the spacecraft, then the circled i for info, then scroll down to the mission highlight links at the bottom). 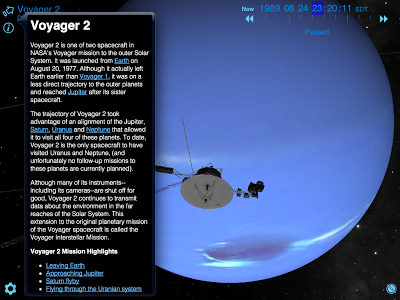 This is the part that most reminds me of a replay in Orbiter (though in Orbiter you have the ability to define or change spacecraft encounters by flying the spacecraft yourself, assuming you have learned the operations and orbital mechanics needed to do this, as explained in my free e-book Go Play In Space). The planetary and spacecraft graphics are beautiful, and there is also extensive information on each of the objects. You have full control over time, so you can also use this app to see the positions of the planets at any given time and date, as well as control time acceleration to speed things up and observe the motions. The app is very configurable. You can see and control orbit trails, stars, asteroids, labels, etc. You can even watch Curiosity (MSL) approach Mars and enter its atmosphere - in theory anyway. If you choose one of these highlights, it works for a while, but when it gets close to Mars - poof! MSL just disappears, showing up as a labeled dot on the surface that you can't zoom into.  Aside from that small defect, this app looks and works great, and I highly recommend it to fans of the solar system and space exploration.

Posted by FlyingSinger at 5:21 PM No comments: 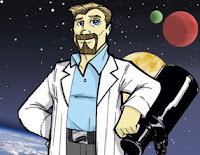 The 304th edition of the Carnival of Space is up, hosted by Dear Astronomer.
Posted by FlyingSinger at 9:49 PM 1 comment: