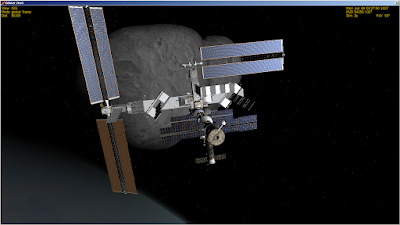 When I got super interested in space flight technology and orbital mechanics back in 2005, I played with the Orbiter space flight simulator for a few months and wrote a 181 page tutorial book for it called Go Play In Space. When Neal Stephenson got interested in space technology and orbital mechanics, he researched it for 9 years and wrote 880 pages to create a novel called SevenEves. The only common thread I can claim is that Neal and I both did our homework on the physics of space flight. But Neal did his homework on much more than this, and tied it all together into a fantastic story. Two major stories, actually -- one an extremely detailed, near-future "disaster movie" (the first two thirds of the book), the other an imaginative and ultimately exciting speculation on the lives of the survivors' descendants, 5000 years in the future. How many survivors were there? The book's title gives a clue that's at least partially correct (it's also a palindrome).

I really enjoy most of Neal Stephenson's writing, and when I learned that his next book would be based in space, I pre-ordered it immediately. When it was released last Monday, it jumped the queue of all the books I was reading or planning to read. I saw a couple of early reviews, including a fairly negative one focused on Stephenson's relative lack of character development and other novelish niceties, in favor of nerdish discussions of all technical sorts. To me, this is a feature, not a bug. I loved the wide-ranging and carefully researched details, and I thought the characters were mostly well drawn. The storytelling and pace are good, although I did feel that it bogged down in the first third of part 3 (the 5000 years from now part). In fairness, there's a lot of explaining to do when you introduce a complex future civilization and many new characters, and after all that setup, the last 300 pages are quite thrilling. Good save, Neal! 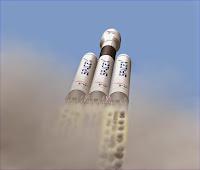 The book starts with the moon exploding for no apparent reason. It initially breaks into seven major pieces, but a popular public outreach astrophysicist nicknamed "Doob" (clearly modeled on Neil Degrasse Tyson) and his grad students figure out that it will soon break further into trillions of pieces, many of which will reenter Earth's atmosphere, destroying the atmosphere and everything in it. In 25 months (plus or minus 2 months). Scientists in many other countries independently reach the same conclusion.

Two years is not much time to get ready for the end of the world, so most of the 7 billion people and virtually all other living things will die.  And unfortunately, the incoming swarm of debris dubbed "hard rain" is estimated to continue for some 5000 years. So immediate repopulation of Earth's surface will not be possible. People will have to learn to live deep underground or in space, indefinitely -- somehow. The first 600 pages are mainly focused on a gigantic space lifeboat effort, although it's clear that only a relative handful of people (a few thousand at most) can make it to space in that short time, even with all of Earth's resources, industry, and minds focused on this. 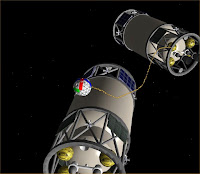 Of course this immediately answers the question, what is the International Space Station good for? Why, to serve as the centerpiece of a swarm of hastily constructed and launched habitat spacecraft that will be used to save this small number of humans in hopes of some sort of future. It's fortunate that in this near future world, the ISS has been expanded to include an experimental rotating habitat and a captured asteroid for experimentation with mining using a fleet of small robots. That at least gives the planetless survivors a fighting chance. But to say there are challenges is a vast understatement. There are many close calls and heroic efforts that turn out to be essential -- like a hastily organized mission led by an Elon Musk-like space entrepreneur to retrieve a chunk of a comet.  This huge mass of water is needed for radiation shielding and to make rocket fuel. You can do that (extract hydrogen and oxygen) if you have enough electric power, like a nuclear power plant repurposed from a submarine. Since part 3 takes place 5000 years in the future, you know that somehow humanity makes it, but it is by the very thinnest of margins.

Is this book realistic? You have to just accept the premise that the Moon just blows up for some reason. The "agent" responsible for this is never really explained, but it doesn't really matter. Everything else within parts one and two ("now") is constrained by realistic physics and plausible current or near-future technology. Orbital mechanics is a major constraint and is handled very well. The problems of radiation, microgravity, growing food in space, living in crowded spaces, and many other issues are handled realistically. Space debris is a constant problem, especially once the "hard rain" starts throwing parts of the former moon in all directions. Space construction requires the help of thousands of small robots, but these are not especially smart robots -- plausible extrapolations of things I have read about in MIT Technology Review. All in all, I consider parts 1 and 2 to be some of the best "hard SF" that I've ever read.

Part 3 is more problematic for me, though ultimately enjoyable. The future space construction technology is massive, though still believable by extrapolation of robotic capabilities. But the tight connection between the personalities of the few survivors and the characteristics of the resulting race-driven civilization in 5000 years often did not ring true to me. There are a lot of interesting and plausible ideas, but also a lot that I thought was very silly, seemingly just made up, "because I said so." These are extrapolations of genetic and social engineering over 5000 years. I don't think you can say anything definitive about this based on anything we know, even if you accept genetic manipulation of the human genome as a required and well-understood tool.

Of course it is all just made up by the author. But it is in part 3 that I have to say to myself, "that's why they call it science fiction." It's still more than fantasy or magic, though I wouldn't call it hard SF. But overall, it's a really good book, and most of those 880 pages flew by over the last six days (actually 14,403 Kindle "locations," read mostly on my iPad).

It's a long book, full of interesting ideas and good writing. I learned a lot, as I always do from Stephenson's books. It is ultimately a hopeful book -- humans are resourceful and manage to barely survive, and eventually go on to build a new and very different civilization and to start to repopulate the Earth (with genetically engineered plants and animals, synthesized from a comprehensive DNA database that was saved from "Old Earth," since no actual animals and very few plants were brought to space -- the Old Earth mission planners did manage to preserve much of Earth's knowledge, genetic and otherwise). But as different as their new civilizations are, aggression and racial stereotypes remain -- even though the races are completely new. Even if we were capable of building a future "paradise," even a small handful of people will fail to agree that it is paradise -- some will want something else. Humans are difficult creatures. It will always be so.

The images here are my own screen captures from the Orbiter space flight simulator, loosely inspired by early events in the book. Some of them are from a project I did in 2006 called "Mars for Less," a partial simulation of a human Mars mission using existing launch vehicles and orbital assembly. We used some of the techniques discussed in SevenEves, such tethering two spacecraft together and rotating them to generate artificial gravity. There are better artists' conceptions of some of the objects in the book here. There's a companion website for the book here, including the author's book tour schedule. He's in Cambridge, MA next Friday, so I'm going to hear him speak about the book. I hope to learn a little about how you go from a palindrome and some concerns about space debris to an 880 page book. 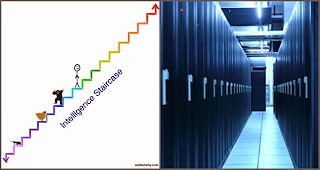 Although it's incremental, the improving quality of AI is becoming more and more obvious. This Technology Review article is about Chinese search giant Baidu's new super computer, built specifically for massively parallel "deep learning" techniques, advanced neural network methods which are applied to image recognition. On a standard training/recognition benchmark, it improved only slightly on Google's recent accuracy record (4.58% error rate vs. 4.92%, in March). But the average human performance on the data set is 5.1%, which was first bested by Microsoft (4.94%) in February! This is not factoring large numbers or playing chess, it is pattern recognition, the hallmark of human intelligence.

We are definitely on a slippery slope here.  It's not just SF, though the SF writers remain well ahead of the technology when it comes to extreme extrapolation and scary scenarios. But even in reality, the accelerating rate of change and the number of different entities in the world working on this stuff suggest we may be in for a wild ride over the next few years. Will there be unintended consequences? Probably.

For a good overview of what AI means and where it seems to be going, I heartily recommend two recent articles by Tim Urban, author of the wonderful website Wait But Why. "The AI Revolution: The Road to Superintelligence" and "The AI Revolution: Our Immortality or Extinction" are well researched, well explained, and frankly a wee bit scary, even to someone who has followed AI development in fact and fiction for decades. These articles caught the attention of Elon Musk, the billionaire founder of SpaceX and Tesla, an optimistic futurist if there ever was one. Musk believes that ASI (artificial superintelligence) represents an existential risk to humanity beyond even nuclear and biological weapons.

As a nice side effect of Tim and Elon's shared interest in ASI, Tim is now doing a new series of Wait But Why articles on Elon Musk's ideas, technologies, and companies. Tim has become one of my favorite writers, and Wait But Why one of my top 5 web destinations. Great stuff on a wide range of subjects. If I ever wanted to try to turn my little wooden-headed Pinocchio blog into a "real boy," it would probably be a clone of Wait But Why.

Posted by FlyingSinger at 8:20 AM 2 comments: