SFO to CDG in 2 Minutes!


SF to Paris in Two Minutes from Beep Show on Vimeo.

I found this video on the Airpigz blog. It's really cool. This guy took a still picture out the window of an Air France 747 every two miles from San Francisco to Paris (the camera was on a special mount).
Posted by FlyingSinger at 8:42 PM No comments:

When a friend told me about Prophets of the Ghost Ants by Clark Carlton, I made the mistake of "taking a quick look." Since I'm just getting back into flying this summer after a few years away, I've really been trying to focus on study for my flight review, but I kept getting sucked back into this book instead! I really couldn't put it down (and since I was reading it in the Kindle edition on my iPod Touch, it was always at hand).

I'm not usually a fantasy reader (I tend to go for "hard SF"), but this book is somehow in a strange zone that is not quite fantasy, not quite "hard" science fiction, but is "sciencey" enough to reward my suspension of disbelief (great storytelling and characters helped too). The last time this happened was with a book Amazon was giving away as a Kindle loss-leader, His Majesty's Dragon by Naomi Novik. I was skeptical because dragon books are generally pure fantasy, but it was no risk to try. In that book, Novik re-imagines the Napoleonic wars with air power - flying, intelligent, talking dragons that crews of men ride into battle. The historical fiction is played straight (like a naval history novel), and the dragons are simply folded into that world (with great relationships between the dragons and their crews, especially their captains). That worked well enough to sell me six sequels! I think Carlton's "ant world" will be equally fertile (despite a similar disregard for physical scaling laws - dragons as described would be way too heavy to fly, and ant-size humans? I don't know, but it works in the book!).

Some Amazon reviewers have mentioned The Lord of the Rings, and I have to agree that the scope, world-building, compelling characters, and action/battle scenes of this book are of that quality. There is also the "unlikely hero" angle - but otherwise the stories are completely different. And although it's not hard SF, the biology of ants and other insects is an important part of the way these tiny human societies work, and it seems to be pretty accurate (and occasionally disgusting). There's also a tremendous amount of cultural anthropology embedded in this book - not in a scholarly way, but in an Ursula Le Guin sort of way. Under these circumstances and constraints, what would societies be like? What would their folk ways be like? Carlton has clearly thought a lot about these things, and they give the book an amazing depth and richness.

This is a great book. I can't wait for the sequels (and the movie!). Highly recommended!
Posted by FlyingSinger at 3:41 PM No comments:

I'm just back from a really great vacation with my wife in Las Vegas and San Francisco. We did some really cool things and got to spend a lot of time with family in Berkeley. We took a huge number of pictures that I hope we will look at someday. I'll paste a few in here.  Here are a few highlights:

An early morning helicopter sightseeing tour from Las Vegas to the western end of the Grand Canyon, descending into the canyon and landing next to the Colorado River where the Papillon Helicopter Company provided champagne and a snack to supplement the amazing views.   I've posted a number of photos and videos of this tour on my Flickr site. 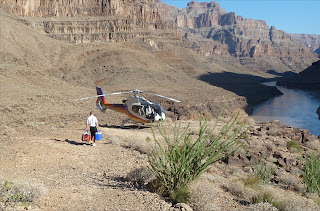 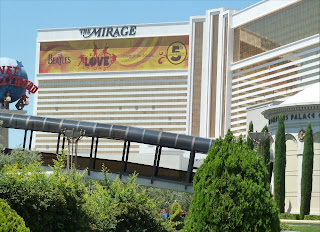 An open-top bus tour of San Francisco. It was my wife's first time there so this was a great way to get an overview of the city despite the fog that blocked most of our view of the Golden Gate Bridge even as we were crossing it (the rest of the city was clear). 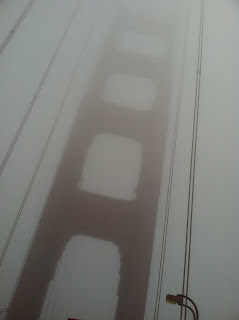 A visit to Muir Woods National Monument to see some of the beautiful and ancient redwoods there. 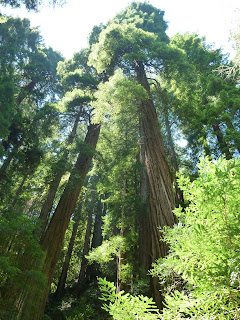 A hike in Tilden Regional Park in the Berkeley Hills - great views of the Bay Area. Followed by a fabulous dinner at the Chez Panisse Cafe in Berkeley. 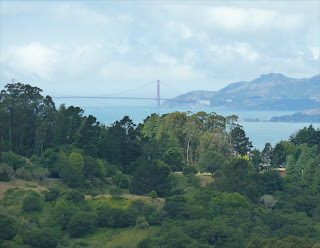 A walk up SF's Telegraph Hill followed by a fabulous seafood lunch in North Beach and a de rigueur cable car ride. 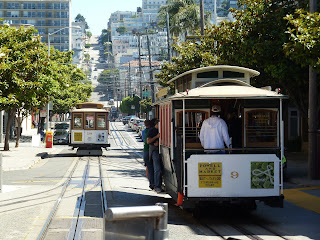 We also took some time to relax, hang out, and to even enjoy a sunset over the Bay from a park adjacent to the Berkeley Marina.
Posted by FlyingSinger at 11:07 PM No comments: 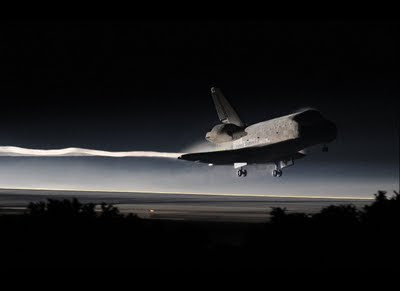 With the final landing of Atlantis (STS-135) early this morning, our first space plane era has ended after 30 years. I'm sure that human spaceflight will continue, and we will have other, better space planes someday. But Atlantis and her sister shuttles were a pretty audacious start, designed and built as they were with the technology of the 60's and early 70's. I'm happy that I got to witness the one launch that I did (Endeavour's STS-118 back in 2007).  I would have loved to have flown in one. 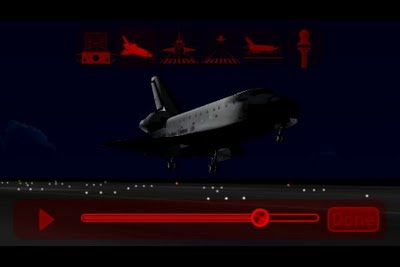 I couldn't do that, but I was happy to discover last night that version 2.0 of the great iPhone app F-SIM Space Shuttle was recently released. The new version of this shuttle landing simulator adds wonderful external views and a cool replay feature that allows you to enjoy your successful landings and scrutinize your errors in great detail. The shuttle era lives on in a small way on my iPod Touch and on iPhones and iPads everywhere.

Here's a great personal video of the real STS-135 landing from someone who had a great viewing spot, and here's the official NASA video which includes a few seconds of the cockpit HUD view at the very start (F-SIM Space Shuttle duplicates the HUD view and behavior quite exactly).
Posted by FlyingSinger at 10:29 PM No comments:

This is something I just rediscovered on my hard drive while looking for something else. I wrote about Alan Chu's wonderful Photographic Moon Book in 2007. It is an observer's photographic guidebook to the Moon containing nearly 300 annotated images of lunar features as well as some great introductory material on the Moon. Alan has continued to update and improve it. He released version 3.5 in March 2011. It's a free PDF, and it's big - 125 MB. You can download it from Alan's own Hong Kong site, or from a US based mirror site.

When I first found this in 2007, there was also a smaller document called the "Moon Science Primer." Most of this material is in the introductory section of the Moon Book, but the Primer goes a little deeper on some topics. Although Google still has a link to this, there is no link on Alan's home page, and the Google link returns a "not found."
Posted by FlyingSinger at 8:52 AM No comments: 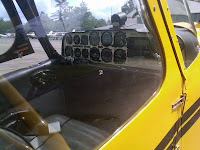 As I discussed recently, I've started to get back into flying, and it's really fun. I'm flying a Citabria 7ECA "Aurora" at Sterling Airport with the airplane's owner, Ed Urbanowski of Urban Aviation. It's a great little airplane, and Ed is a great instructor. Since I've been away from flying for seven years (yikes!), it will probably take a few hours with an instructor to get my skills back into shape. But I'm in no hurry. Safety first and all that.

So far it's going well - but it's only been two flights, and there's a lot to re-learn. Since I already have another blog devoted to (retroactively) documenting my original flight lessons (1997 to 2001, more or less), I've decided to use that blog for my current lessons as well. Even though it's called Flight School Retrojournal, I'll blog all the new stuff too - re-learning old tricks, breaking old habits, getting current, getting signed off to fly tail-wheel airplanes,and all that. So if you are interested in the nitty-gritty of learning (or re-learning) to fly, check out my other blog. There probably won't be a lot of photos, since I've decided to spend every minute in the cockpit focused on flying. I'll save the sightseeing for when I can fly on my own again - maybe this fall.
Posted by FlyingSinger at 3:43 PM No comments: