Launching the Space Age in 1926 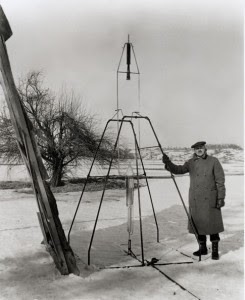 On this day in 1926, Robert Goddard launched the world's first liquid fueled rocket in a field in Auburn, Massachusetts. It reached an altitude of 41 feet and traveled 184 feet downrange. At the time, Goddard was a professor of physics at Clark University in nearby Worcester, MA. He had published papers on rocketry and had discussed the possibility of a rocket reaching the moon. He was ridiculed for these ideas, most famously in a 1920 New York Times editorial which questioned Prof. Goddard's understanding of basic physics, "since there is no air in space for the rocket engine to push against." It wasn't until 1959 that Goddard would be recognized as the father of modern rocketry and the space age, and it wasn't until July 1969 (after Apollo 11 had landed on the moon) that the Times would correct its 1920 editorial and say "the Times regrets the error."

There's more on this historic event at Mass Moments. Thanks to my main Clark University contact for reminding me of this historic day!

If you'd like to try your (virtual) hand at re-creating Goddard's first launch, you can install Mark Paton's "Early Rockets" add-on for the Orbiter space flight simulator. One of my test flights is shown below. 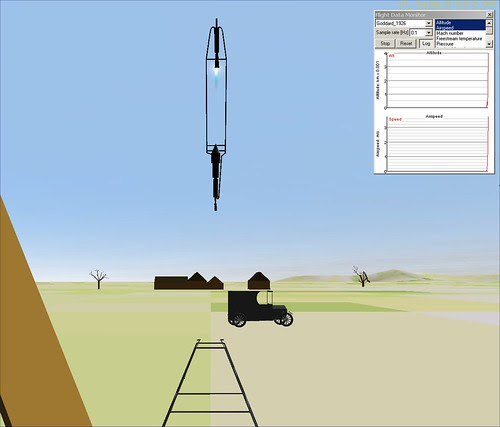 Posted by FlyingSinger at 10:55 AM