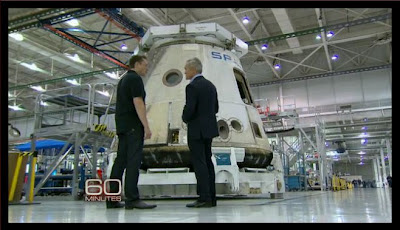 The text version of the interview is here. The video of the whole show (including commercial breaks) is here (there was also a fascinating story on the neurological condition of face blindness). This appears to be just the SpaceX video segment. I don't know how long CBS keeps these 60 Minutes videos on-line.
Posted by FlyingSinger at 9:46 AM

You should talk to Elon himself then (and let me know what he says) - he has acquired many new follicles lately..