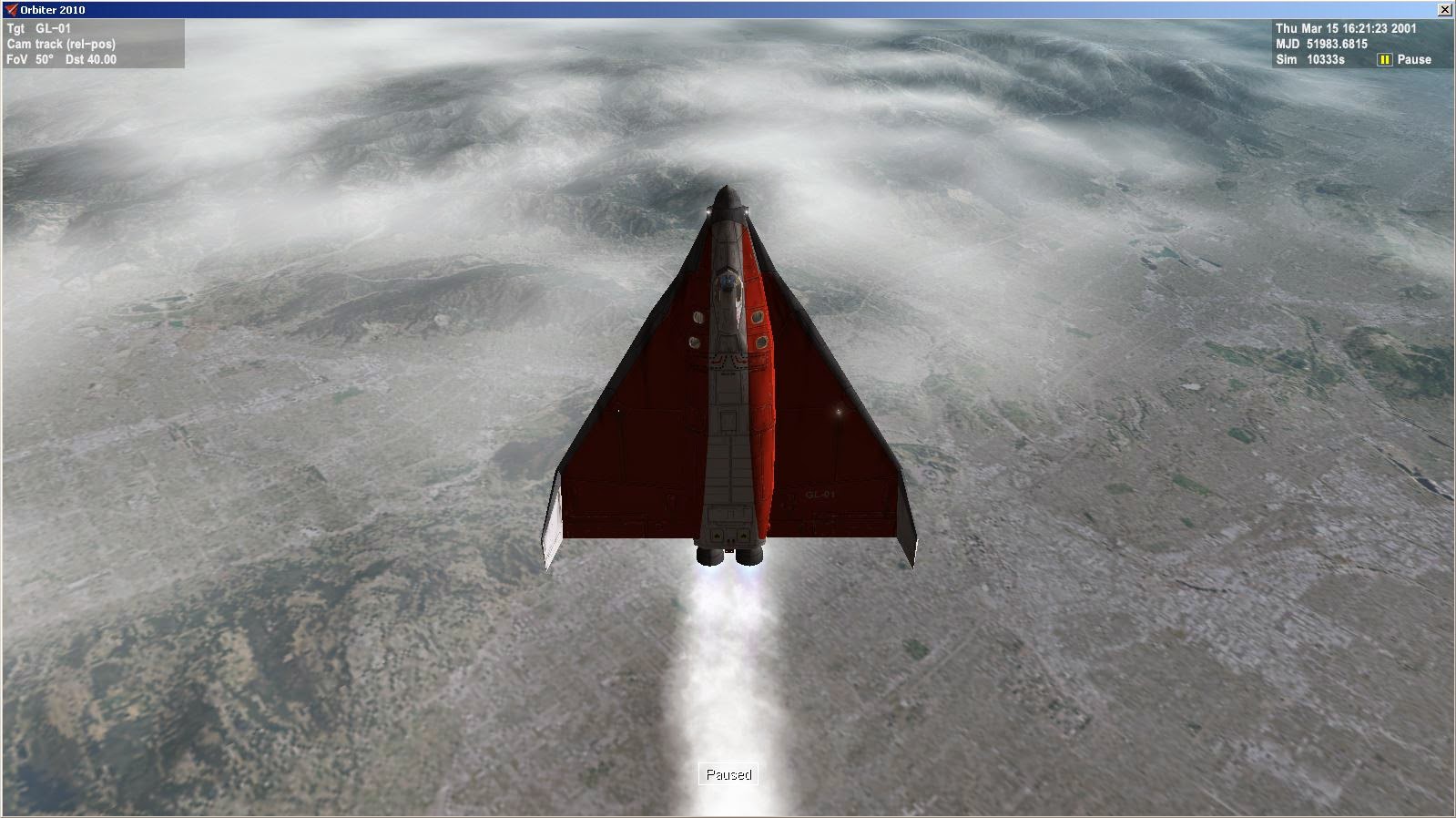 While I'm still quite interested in all sorts of "space stuff," it's been a very long time since I did anything with the Orbiter space flight simulator. When I first discovered Orbiter in 2005, I was pretty excited. I was always interested in space, in flight simulators, and in physics, and Orbiter combined all those interests into one very cool piece of (free!) software. As part of the process of teaching myself how to use Orbiter, I wrote a tutorial manual called Go Play In Space, and I did a substantial update for the 2006 version of Orbiter. In late 2010, I started to work on an update for the 2010 version, but I got sidetracked by other interests and priorities, and never finished that project.

Last week I noticed a YouTube video by David Courtney called called "Orbiter 2014 Beta - A Quick Look" (David has recorded a large number of excellent tutorial videos on Orbiter 2010).  Wow, it's alive! Orbiter creator Martin Schweiger has released an early beta of a new version that includes 3D terrain (with high-res data so far for most of Earth as well as Mars and the Moon), along with various improvements in the physics engine and user interface. I read some of the discussions at the Orbiter Forum and decided to at least check it out. 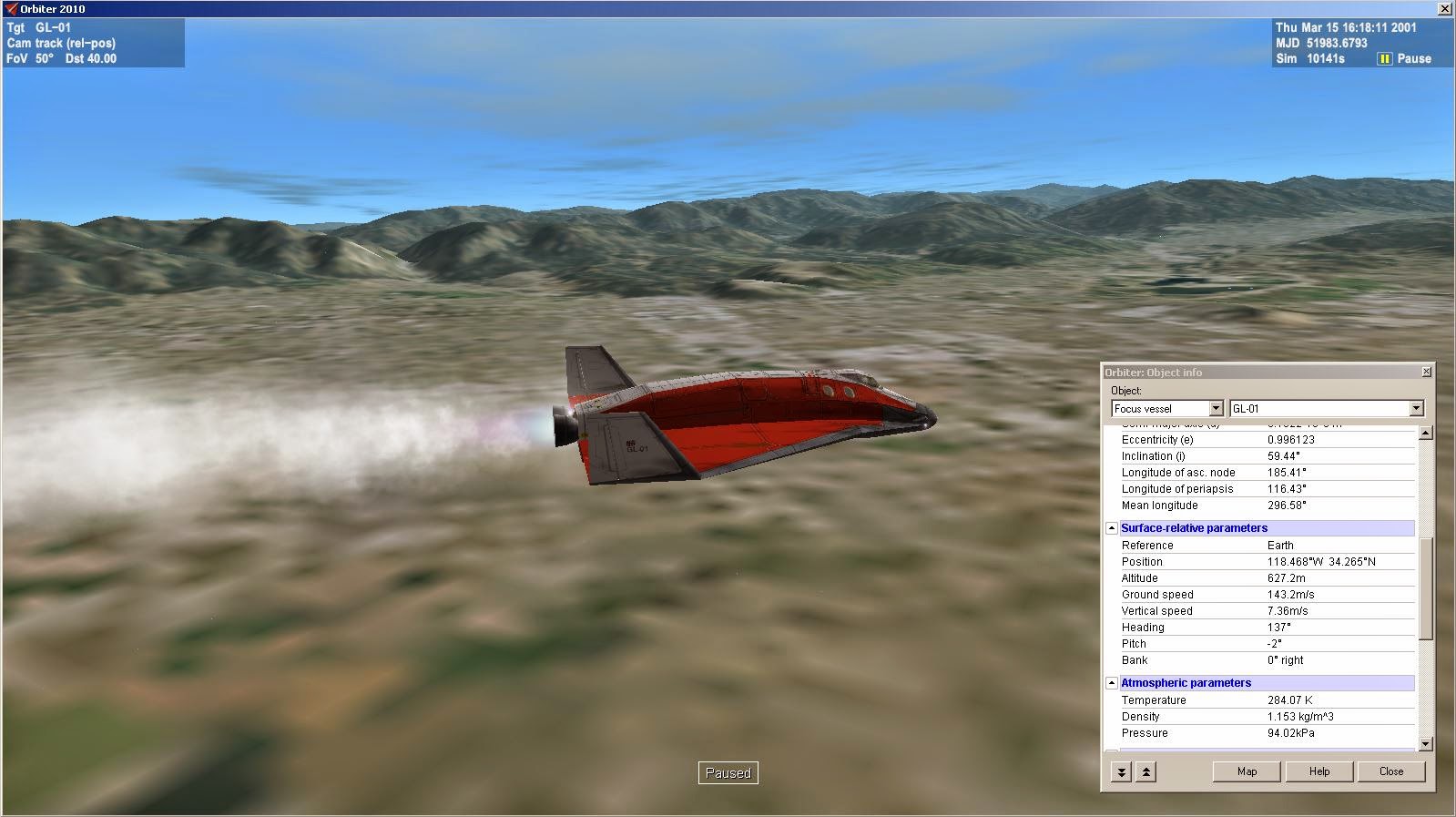 The terrain for the new version must be downloaded and installed separately from the Orbiter beta itself (there are instructions and also a beta installation video by David Courtney). I installed the high-res terrain tiles for the US west coast, since I'm familiar with the Los Angeles area, which has some interesting mountain and valley terrain. I flew the default Deltaglider around for a while, and the general impression is similar to Microsoft Flight Simulator, though it's not quite as detailed.

You might question why 3D terrain is even necessary in a space flight simulator, since most of the time you are too far from any planet's surface for this to make any difference. I guess it comes down to realism, and "because you can." I have spent a lot of time with the wonderful AMSO add-on for Orbiter, simulating Apollo missions in great detail, and it is certainly cool to land in the great lunar terrain that is supplied with that add-on (check out this AMSO Apollo 17 video, complete with real mission audio - skip to 9:00 or so to see the mountainous terrain up close).

I'm happy to see Orbiter development continuing, and I hope to do something with the 2014 version. Updating Go Play In Space is a lot of work (it's a 181 page book), but it really needs a 2010-2014 update, so maybe that will happen, time and energy permitting!
Posted by FlyingSinger at 4:16 PM