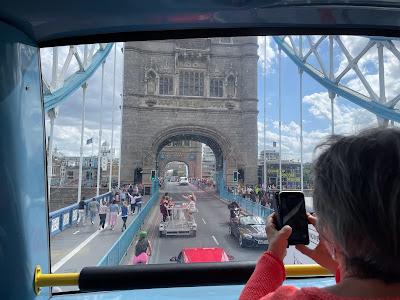 For the last two years, virtually all my travel has been… virtual. I’ve spent countless hours exploring the world in Microsoft Flight Simulator, either on my own or in online group flights with friends from California, Australia, Finland, and other places, each of us firmly anchored in his or her office or living room. While this has been great fun, it doesn’t quite match the thrill of real flying, even with the help of an excellent VR headset. But one of these days… 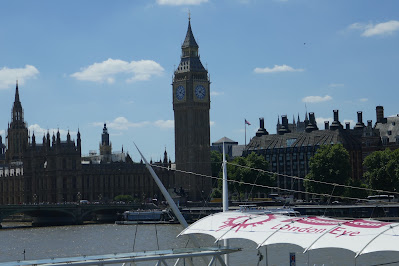 On June 9 I departed from this pattern and departed from Boston on a real United flight to London Heathrow. I spent nearly two weeks in England, first in London and then in Cambridge, exploring a few of my favorite simulator haunts for real. I stayed in London proper and used buses and trains to get around the city and out to the suburb of Epping for two amazing Cessna 172 cross country flights from North Weald Airfield. The photo below is the "M" bus stop from my Bermondsey flat kitchen window. My daily starting point was luckily close at hand. 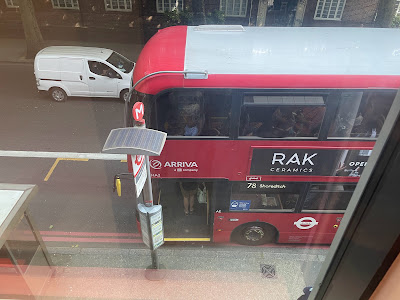 I then moved to Duxford, just south of Cambridge, where I spent a day exploring the enormous Imperial War Museum at Duxford Airfield and flying in two historic biplanes, a Tiger Moth trainer and a Dragon Rapide, a small passenger plane active in the 1930’s and 1940’s. I spent the remainder of the second week in a lovely flat in Cambridge, exploring the historic city on the ground. 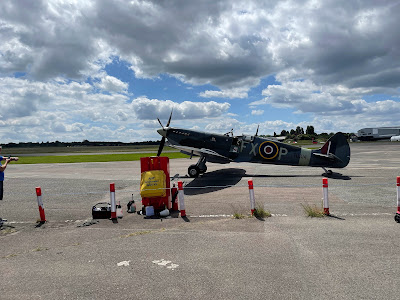 I’ve been to London many times over the years, usually on business, once on vacation with my wife, who decided this time that COVID wasn’t quite “post” enough for her to feel comfortable traveling. But she encouraged me to go and scratch my aviation itch, so I started planning back in March. In addition to the flying, there were a few museums I wanted to visit. And parks. And pubs. 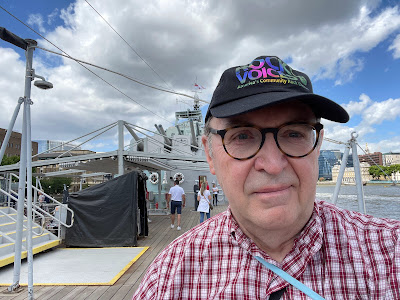 The first museum I explored was the HMS Belfast, a WWII-era Royal Navy cruiser now anchored in the Thames close to Tower Bridge and my temporary neighborhood. I’ve always been fascinated by ships and their history and the Belfast was great for that. The Tower Bridge and the London skyline looked stunning from the upper decks of the Belfast. 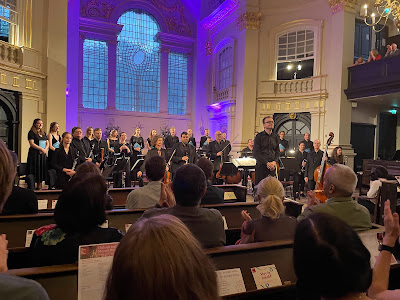 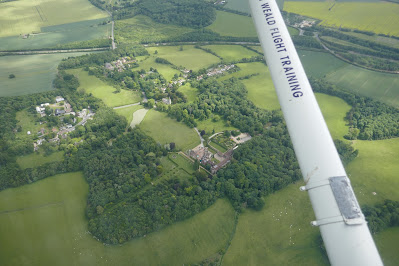 Next up was a Sunday afternoon Cessna 172 flight from historic North Weald Airfield to the even more historic Duxford Airfield, just south of Cambridge. The plan was to land at Duxford, but my instructor couldn’t get approval for the landing, perhaps due to preparations for the big air show the following weekend. So we just circled the Duxford/Cambridge area before heading back towards London. It was a bit hazy and we couldn’t see much in detail, but I got to do all the flying on the 1.2 hour flight other than the landing and radio calls. 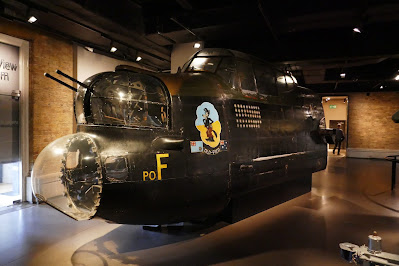 Of course, there’s more to history than airplanes and war, but my next stop was the main Imperial War Museum (IWM) in London. There were a few cool airplanes on display, as well as many artifacts and explanatory exhibits, with a major focus on WWI and WWII. I’ve read a lot of history, but I was reminded of and saddened by how much the descriptions of Hitler’s brutal actions in the 30’s and 40’s coincide with the recent actions of Putin in Ukraine. 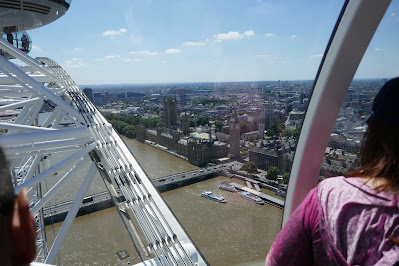 In Flight Simulator, you are free to ignore airspace and safety restrictions, so I have often (virtually) flown low along the Thames and around the historic buildings and high rises of central London. This is not possible IRL, so I decided to ride the London Eye and take a River Thames tour to get as close as possible to my sim viewpoints. The Eye views were wonderful, though I wished I could see around the river bend to Tower Bridge. The boat took care of that nicely as we passed under the bridge. 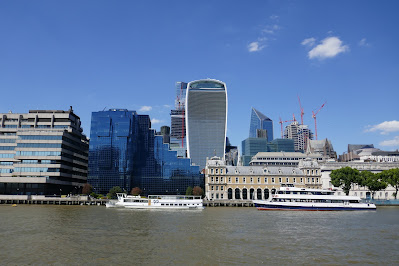 On Wednesday, June 15, I went back to North Weald for my 2+ hour “Castles & Coast” C172 flight down to Dover. For this one, I was in the right seat since the tour route was planned for right-hand turns around the points of interest. 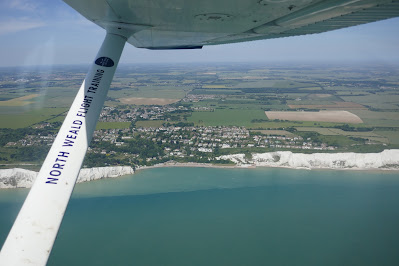 We flew down to the Thames, circling historic Tilbury Fort, then followed the coast to the east and southeast to the fabled Cliffs of Dover and Dover Castle. As my instructor John and I flew low over the lush countryside of Kent, we circled lovely Leeds Castle and flew close enough to Canterbury for some nice views of its famous cathedral. I kept thinking of "Cambry" in the post-apocalyptic novel Riddley Walker I read many years ago. That strange and wondrous book takes place in the area. 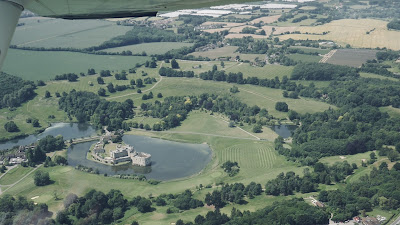 I let John do most of the flying so I could focus on the sights and take pictures. Back at North Weald, I took a taxi and caught a Cambridge train, stopping for the night at Duxford, the site of another IWM at Duxford Airfield, the biggest air museum in Europe (that's North Weald in the photo below). 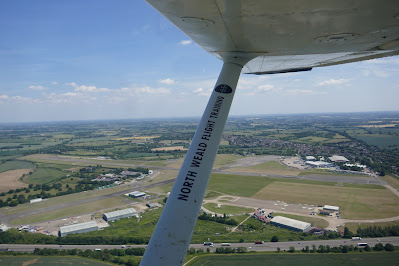 Up next: Duxford flights and a pint of DNA with Watson & Crick...
Posted by FlyingSinger at 11:29 AM