So Much Music, So Little Time 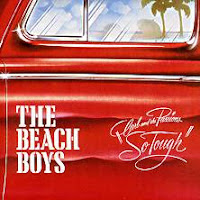 Here is one of those problems that is nice to have: I keep discovering cool new music and rediscovering older music I used to like but forgot about, in part because I only ever replaced a fraction of my collection of vinyl records with CD's or digital tracks. A couple of years ago I got some software, hooked up a turntable to my PC, and "ripped" about a dozen rediscovered albums to mp3 files. But that took a lot of time and the quality wasn't always that great, so I gave up. With 11,660 songs in iTunes, it's not like I'm hurting for variety.

So here are some recent rediscoveries (usually bought from iTunes or as often cheaper Amazon mp3 files, or sometimes on CD): 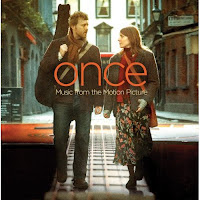 And some of the newer stuff:

Rilo Kiley, "Under the Blacklight" (2007) - Jenny Lewis & company are a new indie favorite.
Sara Bareilles, "Little Voice" (2007) - Her voice is not so little, and her songs are great ("Love Song" is on the radio a lot but don't hold that against her).
Iron & Wine, "The Shepherd's Dog" (2007) - Cool songs with breathy, mysterious-sounding vocals.
Anoushka Shankar, "Rise" (2005) - I'm not into a lot of Indian music, but Ravi's other daughter is also amazing.
"Once," movie soundtrack - I really liked this 2007 movie about a couple of songwriters in Dublin. A truly natural musical with songs mostly by Glen Hansard of the Frames.

I guess I'll skip putting in more links - you can use Google or Amazon as well as I can I'm sure.

iTunes/iPod Tip: I just discovered "smart playlists" in iTunes. This allows you to define the contents of a playlist based on various conditions (artist, length, style, dates, etc.). I used it to create some dynamic folders of recently added music, e.g., the "last two weeks" folder updates automatically each day.
Posted by FlyingSinger at 1:57 PM