Moon and Back. Twice. 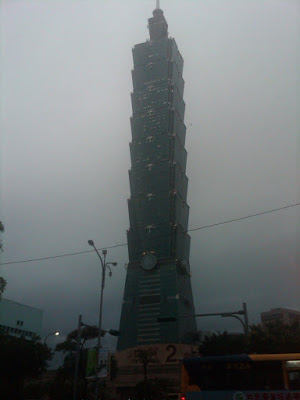 Of course I didn't actually go to the moon and back twice (except in Orbiter - I've done it virtually a few times, with the benefit of time acceleration). But I've now flown the equivalent miles on United Airlines. I just got back from a week in Taiwan, and on my return flight from Tokyo to San Francisco, I passed the million mile mark. Unfortunately SFO was not the final destination - Boston was, and door-to-door, this was the usual 29 hour Taiwan trip (Taipei, Tokyo, San Francisco, Boston). So I now have 1,006,462 miles on United, which is supposed to give me Premier Executive status for life. This is the level I usually get from travel anyway, but it's nice that I'll keep it even if have a light travel year.

Taiwan was nice. I was mostly in Taipei but also spent some time in Hsinchu and Taichung. Busy schedule visiting customers with our Taiwan distributor. A lot of driving and a few trains. Nice people, good food, including some excellent Italian and Thai food (not to mention various Chinese). That's the Taipei 101 building - a quick snapshot with my phone while driving by in the rain. It's no longer the world's tallest building (it lost the title just this year), but it's still pretty freaking tall (509 meters, 1,671 feet, 101 floors). I've been to the top a couple of times, but not on this trip. One time I saw the gigantic 730 ton tuned mass damper that was lifted to the top floor by floor during construction. There's a cool video here of the ball in motion during a 2008 earthquake in China (it helps to damp out the swaying of the building due to wind as well as earthquakes - physics in action, explained here).
Posted by FlyingSinger at 6:05 PM