Orbiter On My Mind 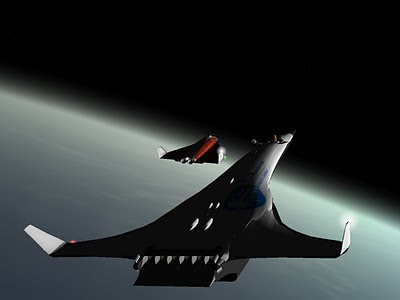 I haven't been doing too much with Orbiter the last year or so, but I've recently been in touch with a couple of Orbiter friends and have started thinking about it again. One thing that's cool is the possible translation of my Orbiter tutorial book Go Play In Space into Russian. I heard about this from Andy McSorley, my co-author on the second edition, and I got in touch with "Kulch" through the Orbiter Forum (Kulch is the creator of many great Orbiter add-ons including the cool TX Winged Space Launcher shown above). He confirmed that he and some other Russian Orbiter users had started the translation project, and I offered to help out by sending my original Word and graphics files. I studied Russian for two years in college, but that was a long time ago and I've forgotten almost everything but the alphabet and a few words and phrases. But it would still be great to have a Russian version of my book, and more importantly, for prospective Russian "Orbinauts" to be able to use my tutorial more easily. Oчень хорошо! 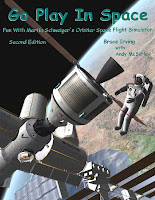 Speaking of using my tutorial, I haven't been on the Orbiter-Forum much recently, so I spent some time looking around and catching up. While there hasn't been a new Orbiter release since 2006 (there are rumors of a 2010 version coming soon), there is still plenty of activity with add-ons, challenges, videos, technology discussions, etc., and with new people joining the forum and asking questions about how to dock with the ISS, get to the moon, navigate to Mars, etc. It's cool to see that people are recommending Go Play In Space as the basic tutorial for Orbiter, and that new users are still finding it useful. I originally wrote it to help myself learn Orbiter, but I'm glad that it's helping other people to climb that fairly steep learning curve (into orbit!) and enjoy this challenging, fun, and still free space flight simulator.
Posted by FlyingSinger at 10:17 PM