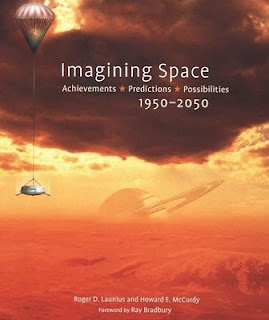 The text is good, but the special treat is the great selection of images. There are some photographs but most of the illustrations are paintings by space artists starting of course with the great Chesley Bonestell, who practically defined the space age with his paintings and magazine illustrations in the 1950's. This sort of colorful, large format book still needs to be paper, and preferably hard cover (though I imagine it would look pretty good on an iPad).
Posted by FlyingSinger at 10:36 PM