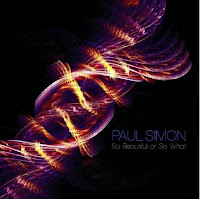 It’s been a long time between blog posts. Aside from work and family, I’ve had a bit of a rough time since discovering in March that I had gallstones. Gallstones are often small and don’t present any problems, but when they do flare up, they can cause a lot of painful symptoms. Things got pretty bad in mid-April and I finally had my gallbladder removed on April 26. It’s relatively minor laparoscopic surgery these days, and I was lucky to receive excellent care, but it’s still pretty distracting. I’m mostly back to normal now.

As a still-aspiring-after-all-these-years singer-songwriter, I’ve always been a huge admirer and fan of Paul Simon. So I’m very excited that I will finally get to see him perform live at the Wang Center in Boston on June 1. I bought his recent album So Beautiful or So What when it came out in April, and I think it’s some of his best work, amazingly fresh and original -- so beautiful, and so what if he’s sixty-nine? There’s a wide-ranging interview with Paul in the April 2011 issue of Uncut Magazine (available online here). For all he’s accomplished, he comes across as incredibly modest and down to earth. He says, “Being a legend doesn’t mean anything other than that you’re old.” Perhaps it means a bit more than that in his case. 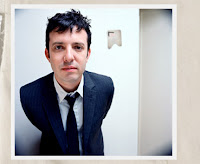 I recently discovered the music of Paul’s son, Harper Simon. Actually it was hiding in plain hearing on my iPod, at least one song from a Paste Magazine collection, “Berkeley Girl.” I had heard it before but hadn’t realized who it was (though it sounds a lot like a Simon & Garfunkel song). I checked out the rest of his 2009 solo album and found a lot to like. Harper was 37 when he made this first solo album. I found an interview where he explained that he just didn’t have that much to say in his twenties, though he had played in at least one band and had done other musical projects. Although he doesn’t aim to be known as “Paul Simon’s son,” it’s pretty hard to avoid that connection, and coolly enough, his dad even helped out on a couple of the songs on the album. Much of the album was recorded in Nashville, and it does have something of an alt-country feel on a few songs (he also sounds a bit like Elliott Smith at times). He admired the playing of some of the Nashville session players on favorite albums from the sixties, like Dylan's Blonde on Blonde, so he asked around to see if any of them were still playing. Sure enough, some of them were, so he got them on his album. One guitarist happened to have also played second acoustic guitar on the original S&G recording of "The Boxer." Small world? 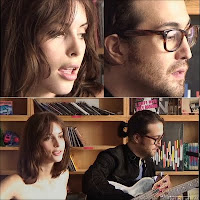 Another recent find also involves the musical son of a legend (unfortunately not a living one). I occasionally search for my own music on Google, just to see what shows up. When I searched the other day for “Jardin du Luxembourg,” I found my album, but also a recent song with that title by Sean Ono Lennon. I quickly discovered a 2010 album by “Ghost of a Saber Tooth Tiger,” an acoustic duo made up of Lennon and his talented and lovely girlfriend Charlotte Kemp Muhl. Their songs are strangely beautiful, or maybe beautifully strange – ethereal vocals, fine harmonies, odd chord progressions and modulations. Good stuff. Check out their intimate and cute “Tiny Desk Concert” on NPR –  Charlotte looks great, and Sean’s facial expressions look so much like his dad, it's kinda weird.
Posted by FlyingSinger at 6:04 PM