The Act of Creation

The feeling is, you know, it is really exhilarating, it's like some kind of serotonin rush in your brain, you know, and you really feel great, and you want to go on and do it again, and again, and again. Later on you'll probably change your mind about it, about how well you succeeded.  But at the moment that you finish and you're satisfied or you're more than satisfied, that's an extraordinary feeling, and that feeling is so powerful, that it makes you willing to go through the process and the frustration of trying to write again, write anew each time, just to get to that feeling, because there's a lot of frustration before you get there. But the feeling is good, and the act of creation is very pleasurable on a physical level. 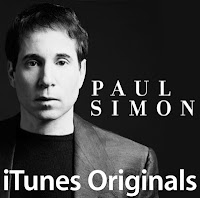 This interview segment came up in iTunes the other morning, and I hadn't heard it for a while. Paul Simon is one of my favorite songwriters and has always been an inspiration to me as a writer. It hit me that while I don't otherwise have much in common with him as a songwriter or performer, I have also experienced "some kind of serotonin rush" in my brain when I have completed a song or a recording, or even when I have created an interesting riff or fragment and saved it as a rough recording on the Voice Memo app on the iPod Touch. The act of creation is indeed very pleasurable, even if it doesn't lead to a successful or even a complete song or recording. It certainly leads to trying to write more songs (and to starting many more than you finish - at least that's my experience).