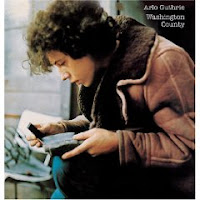 Last night I was wondering whether my iPod Touch could help me with song lyrics - finding them (other people's) and writing my own, especially when it comes to rhymes. Turns out it can help quite a bit. I found a bunch of rhyming dictionaries at the iTunes App Store and bought two of them for 99 cents each. One is simply called Rhyme and it seems to not require a web connection. The other is called Rhyme Time and only works with a web connection (Wifi for the iPod Touch), because it's essentially a front end to the RhymeZone web site. Because of this, it provides a lot more rhymes.

I also bought a cool app called Lyrics+ which will find and display the lyrics for songs you have on your iPod, and also allows you to search by artist and title. It doesn't have lyrics for everything, but it's pretty extensive (web connection required). I happened to search for Arlo Guthrie and rediscovered an old favorite album that I used to have on vinyl, Washington County. So I bought that on iTunes. Serendipity strikes again! Especially for Apple.
Posted by FlyingSinger at 6:45 PM