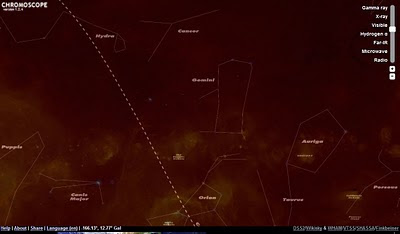 But there's also a free iPhone/iPod Touch app (Planets) that uses the data from this site to show the sky in different wavelength bands. It's called "Planets" but it actually shows the whole night sky, not just planet data.
Posted by FlyingSinger at 11:51 PM