I Feel the Earth Move 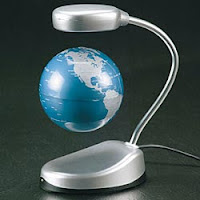 One of the blogs I discovered through recent space carnivals is Astropixie, which I really like. Her recent post on heliocentrism referred to a blog where the idea is seriously considered that the Earth is the fixed center of the universe, around which everything else revolves. It’s essentially Ptolemy’s ancient Greek “music of the spheres,” although I’m sure its proponents don’t especially like Ptolemy because he wasn’t a Christian (he couldn’t help it, he was born too soon).

The “proof” of this fixed Earth theory seems to consist of three things: (1) I don’t FEEL the Earth moving, (2) the sun, stars, and planets APPEAR to move around us, and the clincher, (3) the Bible says the Earth is fixed. As with people who believe in Creationism, Intelligent Design, Intelligent Falling, or that humans are a plague on the Earth and should become extinct, this got me thinking: what is up with that?

I never learned to build or fix a car or airplane engine, and I know only broadly how they operate, but I can still drive a car and fly a small airplane. I know that engines work on physical principles that are well understood by many people, and that specialized engineers and technicians understand these principles (and a lot of practical details) especially well and can design, build, and fix engines so I can safely drive or fly. If I believed instead that Carburetor Fairies, the Magneto Demon, the Spaghetti Monster, or the Hand of God caused the engine to produce power, I could still drive or fly. The existence of such beliefs doesn’t especially hurt anything as long as there are people who can actually build and fix engines so they work. And of course there are many people (perhaps most) who have no special beliefs about how their car engine works and don’t especially care as long as it runs, and when it doesn’t, they take it to a mechanic.

The fixed Earth people might be similar to this – on the basis of their direct senses and their belief in the Bible, they maintain that the Earth is obviously fixed, and that everything rotates around us. As long as these people don’t try to launch satellites or space probes, or make their opinions about this subject the law of the land, no great harm done. Just as quantum mechanics is implicitly proved every time you turn on a device with transistors or lasers in it, a rotating Earth is required (along with the rest of the well understood and well demonstrated heliocentric system) every time a satellite is launched in an eastward direction to take advantage of the velocity boost provided by the spinning Earth. If you make use of satellite based weather reports, satellite TV, or GPS, you are benefiting from the knowledge and work of people who understand these principles and how to apply them. You don’t have to know or care how these things work (or even that they exist at all) unless you want to.

The funny part is when someone with such a belief tries to straddle the fence, accepting and applying certain parts of physics and rejecting others to try to build a case for their alternate view – “teach the controversy,” as it were, though the controversy here is comparable to the question of who is the stronger god, Zeus or Thor? (obviously Thor, duh).

An example is this page on a fixed Earth web site “falsifying the geosynchronous satellite concept.” Assuming these people are serious (they seem to be), they go to some pains to explain that GEO orbits are based on various unproved assumptions. Although you can’t see GEO satellites with the naked eye, they do accept as directly observable that there are satellites which remain fixed at a distance of 22,236 miles above certain points on the equator, but since they deny that the Earth rotates and that the satellites are in circular orbits with periods set to match the Earth’s rotation rate, they need a way to explain why these satellites don’t simply fall straight down.

Their answer: electromagnetism (they show a small metallic globe that is suspended magnetically to illustrate this idea). They don’t say how these powerful “beams of magnetism” are generated, and of course no one has ever observed or measured the alleged tubes of localized electromagnetic forces that keep these satellites suspended over the supposedly fixed Earth. But it works for a 3 inch model Earth, so why not for a 22,236 mile high tube of magnetic force?

Of course if any of this were true, rocket launches and satellites (not to mention the Moon) would have to operate quite differently from what physicists, astronomers, and engineers have been telling us since Newton in 1687. This would involve a vast and intricate conspiracy of government, private industry, scientists, engineers, and many others all around the world. Why wasn’t I asked to join when I got my physics degree? It is not clear whether this is a conspiracy to launch spacecraft that operate differently from what we have learned in school, or whether the conspiracy has simply faked every space flight since 1957 (with great special effects, I especially like that GPS trick). None of this is very clear actually.

I suppose I’ve spent more time on this than it’s really worth and I should simply accept that whatever it is, there is probably someone somewhere who believes it. It’s just really astounding to me. There’s a lot of stuff in the Bible that is debatable, and probably a lot that is valuable. But as an orbital mechanics resource, it’s just plain wrong. I don’t expect to convince anyone who accepts the Bible as fact to change their opinion based on my remarks here. But considering the political source of Astropixie’s original link to this fixed Earth stuff, I wanted to also point out that depending on how things go in November 2008, science may not quite be out of the woods when Bush finally leaves office.
Posted by FlyingSinger at 4:30 PM

its a good thing that the pilots of the space shuttles have coordinated so well as to have lined up in exactly the same spot every single time they've taken a picture in the last 30 years so that we dont see the flat earth at its awkward angle! go team!