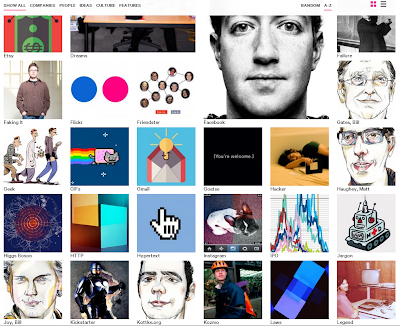 WIRED is my favorite magazine. If my career and quirky hobbies (space flight simulators, studying Japanese, books, aviation, SF, recording music, etc.) didn't provide enough evidence of my full-blown geekiness, my affection for WIRED would probably make the case. Amazingly enough, 2013 is the twentieth anniversary of this forward looking magazine. I still like it.

I remember finding and buying the very first issue of WIRED in 1993. I was already living in Massachusetts, but in those pre-video-conferencing days, I traveled to my company's home office in Pasadena 5 or 6 times a year. On that trip, I was at UCLA for some reason, schmoozing in the bookstore (I've always loved college campuses and bookstores). That's where I spotted WIRED 1.01, probably attracted by the Japanese katakana ("otaku") and the headline "Digital Sex." I think I subscribed almost immediately, and I still receive the paper magazine, though I mostly read it on the iPad now and will probably stop the paper version soon.

For the twentieth anniversary, the current issue of WIRED has a huge alphabetical list of topics that have been covered over the last 20 years (you can click on these topics on wired.com). From Angry Birds to Geek to Memes to Silicon Valley to xkcd and Mark Zuckerberg, I found many of these things interesting, though for some of them now, I wonder why. Which is actually a good question: why? Why has WIRED been my favorite magazine? I think it has to do with novelty and the future. I'm really interested in new and coming things, though not in all new things. For example, I have almost no interest in fashion, celebrities, or sports, although these areas are full of novelty (or simulated novelty). I tilt more toward the scientific and technological when it comes to novelty, and WIRED has always delivered.

If you click on the topic Geek, there's an explanation of the word, with credit to SF author William Gibson for introducing the modern usage of the word in the mid-80's. He described himself as "a geek who couldn't play baseball" (moi aussi). After some additional background, the item concludes with:


Be it a geek or a geck, both were misfits. And so was Gibson: Inept at sports, he took up science fiction. Foolishness in mainstream pursuits signified talent for their intellectual opposite. Geekiness became a synonym for countercultural braininess. And the rest is history.

While I don't consider myself entirely countercultural or entirely brainy, if there's anything I identify with, it would be countercultural braininess.I may no longer fly my freak flag, but I still roll under the geek banner.

UPDATE: I just noticed that I wrote a fond note about WIRED back in 2008, on the occasion of its 15th anniversary, with the title "Optimism as Strategy." I included a quote from an article in that issue that I think is still relevant to the magazine, the future, and more importantly, to living:


The challenge is obvious, the dangers present, the need great. But be optimistic. I would say that, wouldn't I, since we were often accused during my time at Wired of being overly optimistic. But optimism is not false hope, it's a strategy for living. If you are optimistic about the future, you will step up and take responsibility and attempt to make it better for yourselves and your own children.

Posted by FlyingSinger at 5:10 PM