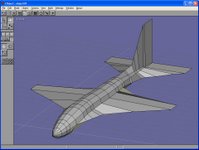 There are a number of creative and generous artists, software developers, teachers, and others who have contributed add-ons, scenarios, tutorials, and other things to the world-wide Orbiter community. One of the most creative and prolific is José Pablo Luna Sánchez, known as "ar81" on the Orbiter forums (3089 posts?!) and at Orbit Hangar. Pablo is a teacher who believes that young kids are smarter than you think, and he has taught many of his students to fly the Delta Glider in Orbiter (he even wrote a tutorial for this, to help others who wish to teach young kids). When he learned how to create and modify objects to improve and create planetary bases in Orbiter, he created some, and also created tutorials on how to do your own base modifications. His tutorials are always carefully organized and well written (he sometimes worries about English since it is not his first language, but his writing is excellent).

Pablo later expanded into modifying and creating add-ons, again contributing useful tutorials on such topics as using Vinka's spacecraft.dll modules. Moving beyond this, he developed something called Space Orbinomics, a space commerce game that is somehow linked to Orbiter (it looks cool but I've never tried it myself). Recently he created Mesh Wizard, a utility to help other add-on developers to visualize and work more easily with 3D "mesh" files. He has developed other utilities such as the Shuttle Fleet Launch Scenario Generator, and probably others as well. Most recently he posted an excellent tutorial (picture above) on using the free 3D modeling/animation tool Anim8or, the most common tool used by Orbiter add-on builders. He also contributed a cool "proof of concept" graphic novel using Orbiter graphics to illustate a brief adventure story.

You can find all (most?) of his Orbiter-related creations by searching for author ar81 at Orbit Hangar. Thanks to Pablo for all his contributions to the Orbiter community.

P.S. Unrelated except for the fact that I'm writing this while drinking a cappuccino at a Panera bakery/cafe in upstate New York, but Panera has free Wi-Fi at many of its US locations. Fast too.
Posted by FlyingSinger at 2:29 PM