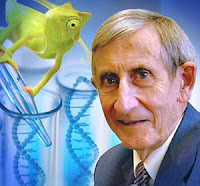 Somehow I stumbled on a 1997 Atlantic article by Freeman Dyson, "Warm-Blooded Plants and Freeze-Dried Fish." It's about space exploration and the prospects for humans to (eventually) explore and even colonize the solar system and beyond. Dyson is a distinguished scientist and writer and is well-known (I debated between renowned and notorious) for his independent and often contrary views on certain issues, most recently on the (possibly not-so-terrible) effects of climate change.

In the 1997 space article, I found myself agreeing with a lot of what he had to say (recall that 1997 was the year of Mars Pathfinder and NASA's period of "fast, cheap, and out of control" unmanned spacecraft, which clearly influenced some of his comments). For example, the case for continuing the shuttle and space station programs was not especially compelling (though they would go on for 12+ more years, even surviving a second shuttle disaster). But there are a lot of interesting things in the solar system, and with our rapidly advancing technologies and (eventual) ability to do things in space much more cheaply, places like Mars and Europa could (eventually) be well-worth exploring, though searching for freeze-dried fish orbiting in the vicinity of Europa is perhaps not the best strategy for finding life there (the Europafish would have been ejected by energetic objects crashing through the ice to Europa's hidden ocean - admittedly not a high-probability event). Warm-blooded plants and Mars plants that grow their own green-houses - if nature hasn't evolved them, we could (eventually) genetically engineer them. Maybe even really big ones to use as human shelters on Mars (greenhouse trees!).

Dyson ends up talking about harvesting comets and colonizing the Kuiper Belt - a pretty far-out notion indeed (though not as far as the Oort Cloud Housing Developments). I kept using the word "eventually" in the above discussion. Dyson's key point in all this is the need to be realistic about the goals and the timing. He says, "When emigration from Earth to a planet or a comet becomes cheap enough for ordinary people to afford, people will emigrate." But regardless of what Apollo accomplished in 10 years, the time scale for human expansion into the greater solar system is probably more like hundreds than tens of years.


No law of physics or biology forbids cheap travel and settlement all over the solar system and beyond. But it is impossible to predict how long this will take. Predictions of the dates of future achievements are notoriously fallible. My guess is that the era of cheap unmanned missions will be the next fifty years, and the era of cheap manned missions will start sometime late in the twenty-first century. The time these things will take depends on unforeseeable accidents of history and politics. My date for the beginning of cheap manned exploration and settlement is based on a historical analogy: from Columbus's first voyage across the Atlantic to the settlement of the Pilgrims in Massachusetts was 128 years. So I am guessing that in 2085, 128 years after the launch of the first Sputnik, the private settlement of pilgrims all over the solar system will begin.

This is where I'm afraid he may be right, though it's possible that accelerating technologies and/or one or more major global crises (man the lifeboats!) will speed things up a bit. But I still think it's right to aggressively pursue manned and unmanned space flight now, perhaps with more of it given over to the commercial side. As I wrote in 2007 in a discussion of John Barnes' "Kaleidoscope Century" SF series:


But space (private, public, whatever) could be part of a solution, could be a tool or a lifeboat or even a source of major help for this troubled Earth. Someday we may need every kind of tool we can get, and when we do, we will be glad for whatever preparation we have made in learning to live somewhere other than here. I don't expect everyone to get inspired by it - my most hopeful scenario for educational outreach is that a handful of kids get excited about learning something, get themselves educated, and start to tie a few knots for the flimsy rope bridge we are building toward the future, even while some other kids are playing with matches, trying to light the ropes on fire. And maybe some of the ropes are actually carbon nanotubes stretching thousands of kilometers into the sky.


The process of building and living for months aboard the ISS may seem expensive now, but if we ever do have a major crisis in which the survival of our species requires getting a small fraction of us off the planet in a hurry, we will be grateful for this experience when we are hollowing out our first asteroid and building our first housing project on Mars. 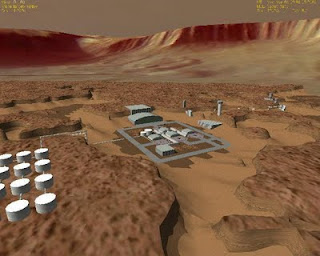 Posted by FlyingSinger at 10:13 PM