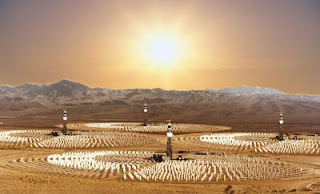 While the economy is still in trouble, the election of Barack Obama has generated a tremendous amount of optimism in the US and indeed around the world. Certainly it's foolish to think that President Obama will be able to quickly solve every problem we face, but he will probably be given the chance to try quite a few things and maybe even make some mistakes before most people withdraw their support and abandon their optimism. If he keeps us informed as he has promised to do, I think the good will can last for a long time, even if some problems take longer than we would like to work out.

I was glad to read that Obama does not intend to delay starting work on the core programs of energy, health care, education, and middle class tax cuts because of the economic crisis. Starting work on these areas (or at least laying the ground work) will demonstrate the resolve to build long term economic solutions, in parallel with necessary crisis management. I think we need to give Mr. Obama some breathing room and a chance to build up his team (and to actually become the president on January 20). There's already a lot of second-guessing on his early staff choices, but I guess that's what pundits do. With the election over, I'm trying to get out of the part-time pundit business and back to space, science, education, and other related topics. But of course, sometimes the politics will be related to those things. So I make no promises.

I read an article today in Newsweek about the need for a "Green New Deal" - not only to create long term solutions for climate change and energy, but to support expansion of an energy technology industry that can create new jobs in the short run, jobs that are based on producing real products (and energy), not on manipulating flows of paper. This is essentially what Obama has proposed in his campaign, to invest $150 billion over the next 10 years to create those green technologies and green jobs. Falling oil prices could make it much harder for private industry to invest in new energy R&D, but government should still invest strongly in this essential next generation infrastructure.

I've also read a number of blogs and forum posts on the subject of Obama and space, with people speculating on what he will do about NASA's administrator, extending shuttle flights beyond 2010, and developing the Constellation program, among other things. I don't know how this will all play out, but I was somewhat encouraged by the fact that in his acceptance speech late Tuesday night, Obama briefly mentioned space and science, albeit in the context of "things they said could never be":

A man touched down on the moon; a wall came down in Berlin; a world was connected by our own science and imagination.

He also mentioned at various times during the campaign how his grandfather had taken him to see some returning Apollo astronauts at a Hawaii Air Force base (that would have to have been Apollo 13 which splashed down in the Pacific on April 17, 1970 when Obama was 9). He mentioned this in the context of past NASA missions offering a source of inspiration, something he believes NASA no longer does as well as it did in the past. This doesn't mean that Obama is a major space fan, but he certainly understands the need for inspiration in education and in the development of science and technology.

I'm hoping that he will strongly support the development of private space along with continued support of NASA's human and robotic space flight missions. In the long run, this could certainly tie in with energy production (solar power satellites) in addition to the many benefits that space already provides. This is something that may take a little longer to work out, though the decision on whether to extend shuttle operations past 2010 will require a fast decision since the work force and supporting infrastructure are already being redeployed in some cases. But I'm optimistic that President-elect Obama will be looking to the future even in the face of many current problems.
Posted by FlyingSinger at 9:21 PM