These days there is just so much music available on the web, and there is even a lot that is very cheap, or even legitimately free. Three examples: 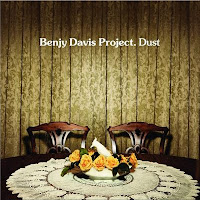 Dust by the Benjy Davis Project - I had never heard of this Louisiana band, but last week I was looking through free MP3's at Amazon.com when I noticed a whole free album that had a 4+ star average rating. I sampled a few songs and downloaded it. I've been listening in the car, and it's great! I especially love the song "Sweet Southern Moon" but it's all good. Why is it free? Just promo I guess - usually bands release one or a few free songs, but this is a 13 song album from late 2008. Get it! 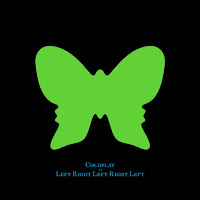 LeftRightLeftRightLeft by Coldplay - I love about a third of Coldplay's music, and the rest is just OK for me, but that's just me - obviously they're an amazing band. A free live album? Yup - "here's a thank you to our fans" - nine songs from the current tour. Wonderful stuff, and now I want to see them (so mission accomplished, guys).

Message from Tomorrow - OK, it's only one song and it's mine, but hey, I think it's good, and the MP3 is free for now. If you can't shamelessly self-promote yourself on your blog, where can you do it? There are some other free MP3's there too.
Posted by FlyingSinger at 8:47 PM