The Spacey Month of May 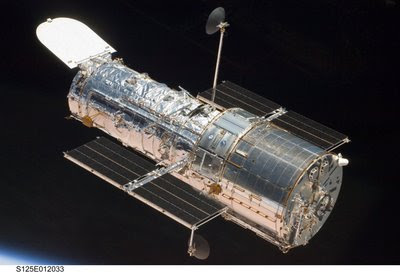 As the crew of Atlantis prepares to come back to Earth tomorrow following their successful Hubble Servicing Mission (weather permitting), I received an email from JPL inviting me to register for a Hubble Educator Conference to be held at JPL the weekend of May 30-31. Unfortunately I can't make it, but the email also reminded me of what a "spacey" month May is turning out to be:
Quite an eventful month in space!
Posted by FlyingSinger at 9:57 PM