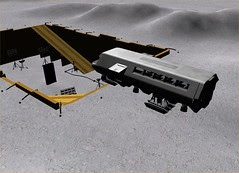 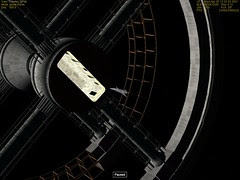 Amazing new add-on just announced in the Orbiter Add-on Forum, World of 2001 (3.0) by Sputnik, Nautilus, and 80mileshigh. A complete rework for Orbiter 2005 with lots of new stuff. Amazing work! Dozens of scenarios, spacecraft, and bases from the classic movie "2001: A Space Odyssey." This was already my favorite family of SF-based add-ons, but the various parts had been built for earlier versions of Orbiter and sometimes caused problems. There is even an animated retracting dome at Clavius base. More pictures on Flickr.
Posted by FlyingSinger at 8:24 PM